The Rescue of William Head

During my time as C-130 Hercules Pilot, I was trained, along with many others, in Search and Rescue techniques.  When conducting a search there are many agencies involved that coordinate the many assets that will ultimately become involved depending on the nature of the emergency.  The agency responsible for maritime safety is the Australian Maritime Safety Authority (AMSA).  Whenever a maritime emergency occurs AMSA will decide what assets at their disposal will be needed to effect a successful outcome for the emergency.

In the RAAF the Maritime Reconnaissance/Patrol and the Transport Squadrons share the holding of Search and Rescue (SAR) standby, alternating between the two groups.  The Squadron holding SAR standby will have an aircraft configured for SAR and a fully qualified crew at the ready to take on any tasking required by AMSA. Many years ago I was on standby when the call was received to search for a missing sailor five or six days overdue on a solo cruise to Australia from New Zealand.  We were given the expected track of the vessel and the coordinates from where the search should commence.

During this time trained observers at every vantage point in the aircraft conduct specialised visual searching with binoculars to try to spot the vessel.  Radar is also used and these days infrared devices are also used to great effect.  On this day we were having no luck and after a few hours of searching, we were told that the Orion Maritime patrol aircraft was arriving on the scene early to take over the search from us.  Having a lot of fuel left on board we decided to do the tourist thing and go and take a look at Middleton Reef some 800 nautical miles (1480 km) north of where we were. 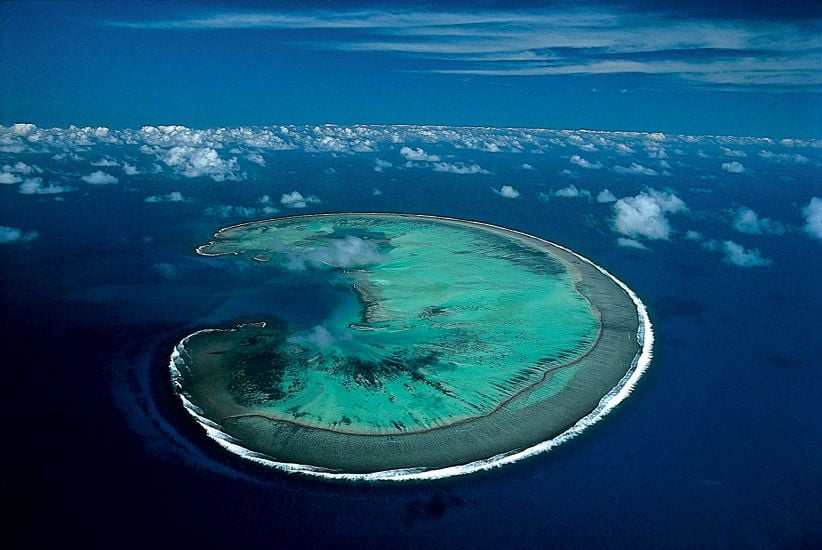 Middleton Reef is a coral reef in the Coral Sea.  It is separated by a deep oceanic pass some 45 km wide from nearby Elizabeth Reef, forming part of the Lord Howe Rise underwater plateau.  It is around 220 km from Lord Howe Island and 555 km from the coast of New South Wales.

Along with Elizabeth Reef, the reef is dotted with a number of shipwrecks that have come to grief in years past. According to the National Shipwrecks Database the ships stranded include: Middleton Reef: Agnes Napier, Annasona, Blue Jacket, Britannia, Defender, Maelgwyn, Mallsgate, Mary Lawson, Queen of the East, Stuart Russel, Runic, Fuku Maru no 7. Britannia is listed for both Elizabeth and Middleton Reefs. The yacht Sospan Fach was wrecked on Middleton Reef in 1974, and its crew of four was rescued after being stranded for six weeks, during which they lived on the wreck of the Fuku Maru. 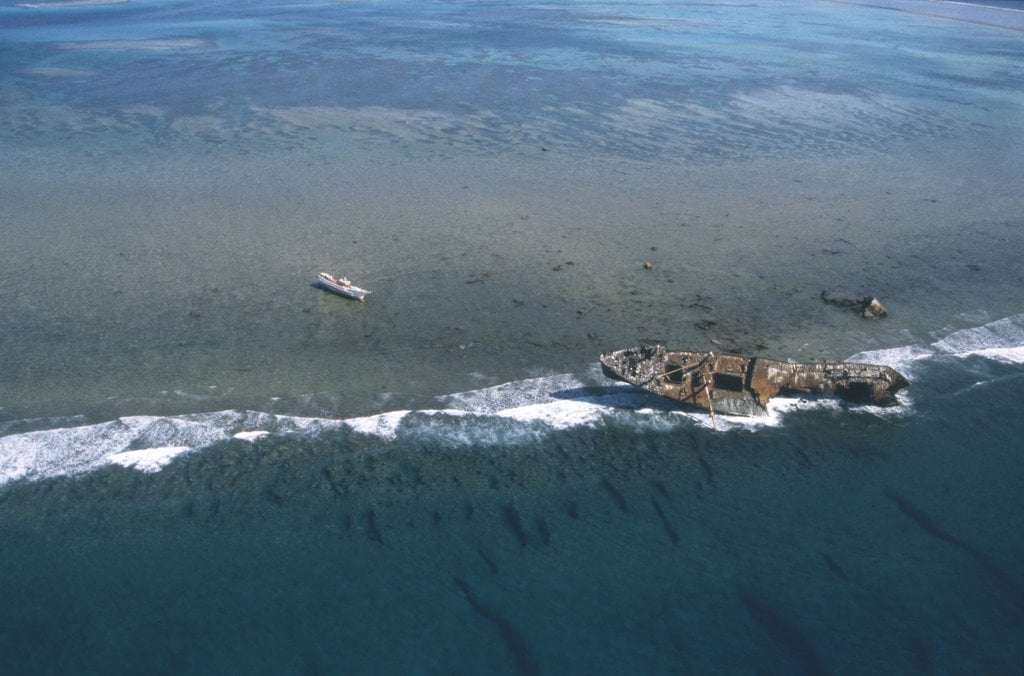 Given it’s fascinating history of shipwrecks, we were keen to fly around it and take a close look at this spectacular reef.  As we circled the reef one of the observers spotted a yacht lying in the middle of the reef in shallow water lying on its side, a check of the details of the vessel we were searching for confirmed that it was the missing vessel.

However, there was no sign of the Skipper. The water surrounding the yacht was teaming with large sharks and we held grave fears for this man. We then alerted the Orion and AMSA as to the finding and departed, due to low fuel, hoping the sole occupant would be found alive. 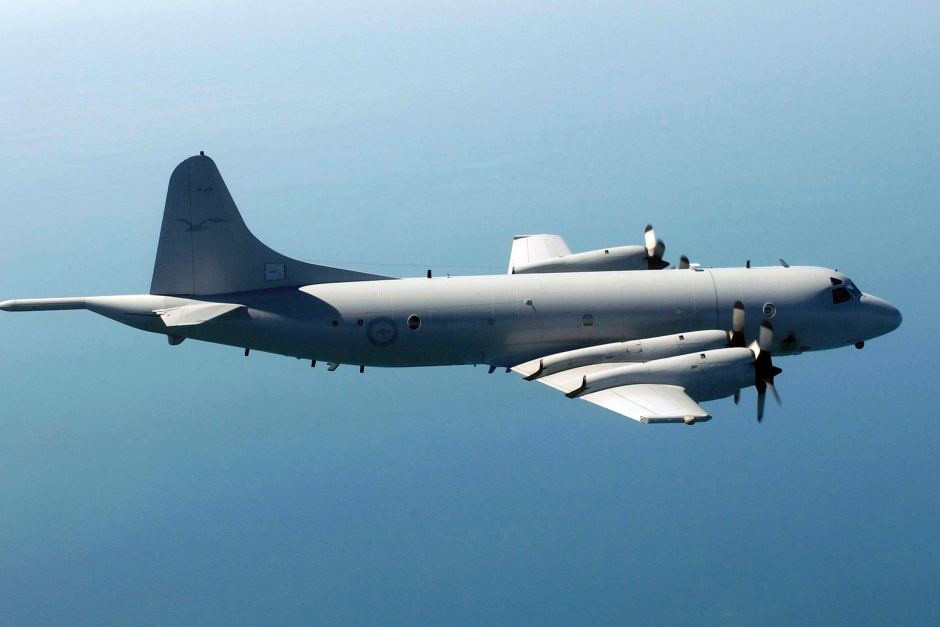 The Orion conducted a new search based on Middleton Reef and finally found the survivor alive in a rubber dinghy some distance from the reef.  A ship was sent to rescue the survivor and subsequently, he told the press that he waited for three days for rescue and was very upset that no one had found him (1480 km north of his intended track) and so he launched his rubber dinghy with only oars for propulsion, no motor, and decided to row to Australia (555km).  He also stated that it took him a couple of days to get himself clear of the reef in the dinghy.

The survivor’s name was William Head but you can easily imagine the name we gave him.  His wife, in an interview, stated that he’d probably do it again.  The stupidity and incompetence of this individual is unfathomable and where he received his training (if any) as a yachtsman would have been worth a thorough investigation.  The AMSA did seek compensation for the cost of the search but in the end, the attempt was abandoned. 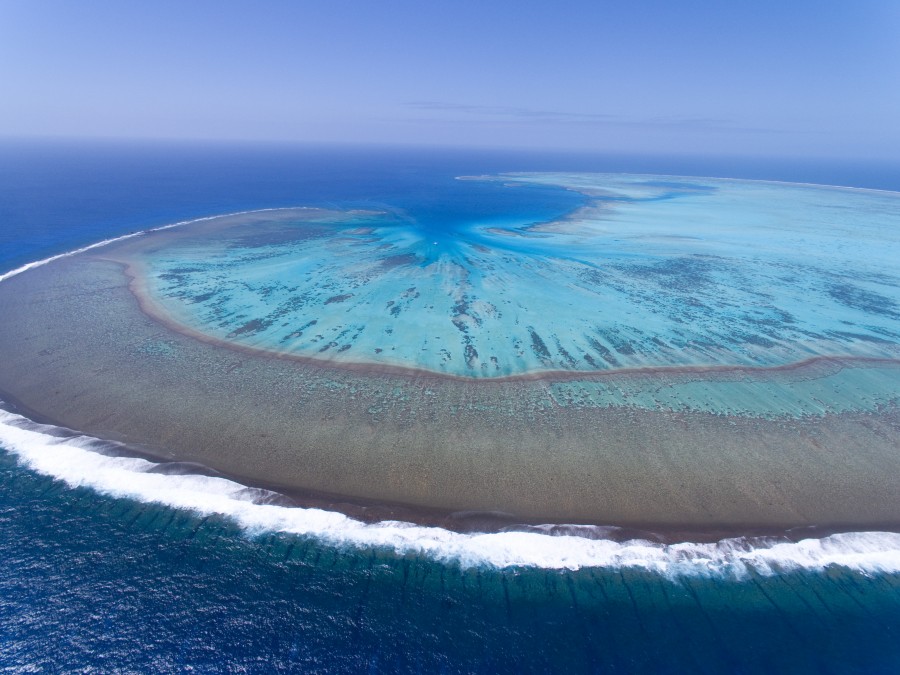 It is amazing that so many individuals who are untrained or poorly trained, underprepared, overconfident, and totally unskilled in open sea sailing and navigation will undertake such high-risk ventures.  The cost to the taxpayer of these searches for these people is enormous and I think that they should be required to repay those costs at least in part.  This search was a good experience for our crew and it was satisfying that there was a good outcome however, I think Mr. Head should count himself as extremely fortunate that we decided to take a look at Middleton Reef on a whim because if we hadn’t he would never have been found.

The Life of a Fighter Pilot