The Adventures of Terry Tyreburst

I have the distinct pleasure of working with the Pracy family headed by Mark Senior and his wife Donna, ably assisted by Mark junior. Their generosity and friendship have been wonderful and I am deeply indebted to them for employing me as a part time pilot flying their L-39 Albatros in the adventure flight business know as Jet ride. Check out the web site jetride.com.au.

We operate the jet out of Cessnock airport and the runway is a touch short to say the least requiring judicious braking to safely stop the aircraft in the distance available. It also requires flying approach speeds below the recommended speed and therefore a lot of concentration on getting it right every time. The braking and antiskid system on the L-39 is very good but like all brakes it has it’s limitations. The likelihood of blowing a tyre on landing is low but certainly possible. So when, on the 12th January 2013 I blew a tyre on landing at Cessnock it was considered, pretty much, an “operational hazard” of working out of Cessnock. The very next day I managed to do it again which really put a dent in my confidence and a question mark over my ability to properly land and brake the aircraft. All was forgiven and the jets braking system was checked and the tyre replaced for the second time.

All was well and we had been operating the aircraft for some months without any problems although Mark senior and I both noticed a slight ‘grabbing’ in the left brake of the jet on landing every now and then. On September 21st 2013 it happened again with the left tyre blowing on landing once more with me at the controls. I was devastated and although the runway was a little damp there was no reason to suspect anything other than my own technique. Mark senior was again quite philosophical and gracious about the incident. My friends in the warbird fraternity however, thought it to be a great joke and proceeded to let me have it at every opportunity. In an attempt to align myself with all these good natured barbs, I decided to adopt a new name of “Terry Tyreburst” hoping to gain back some ground on the matter. This was met with a lot of “LOLs” in just about every piece of conversation involving myself and any slight reference to tyres.

So Jet ride continued operating and still employing me. The jet’s braking system was, again, completely checked over with nothing abnormal found. Then on the 16th November 2014, more than a year later Terry Tyreburst struck again blowing the left tyre on landing. I couldn’t believe it I had done everything that I knew how to adopt the proper landing and braking technique that Mark and I had discussed on numerous occasions and yet I had managed to do it again. I’m sure poor Donna Pracy was at her wits end having to send punters home without them getting to fly in the jet.

I left that day completely shattered. The Pracys decided to completely dismantle the left brake on the jet and try to find some fault. Not long after Mark senior called me on the phone to tell me that the left brake and antiskid system had a right wheel antiskid unit installed with a left wheel cover on it, explaining how it had been missed on every other inspection. This meant that the left antiskid unit was working in reverse and clamping the brake hard on at times and ultimately leading to blowing the tyre. My relief was immense and I was able to give Terry Tyreburst the flick once and for all. Some of my friends though still remind me of the adventures of Terry Tyreburst regardless. 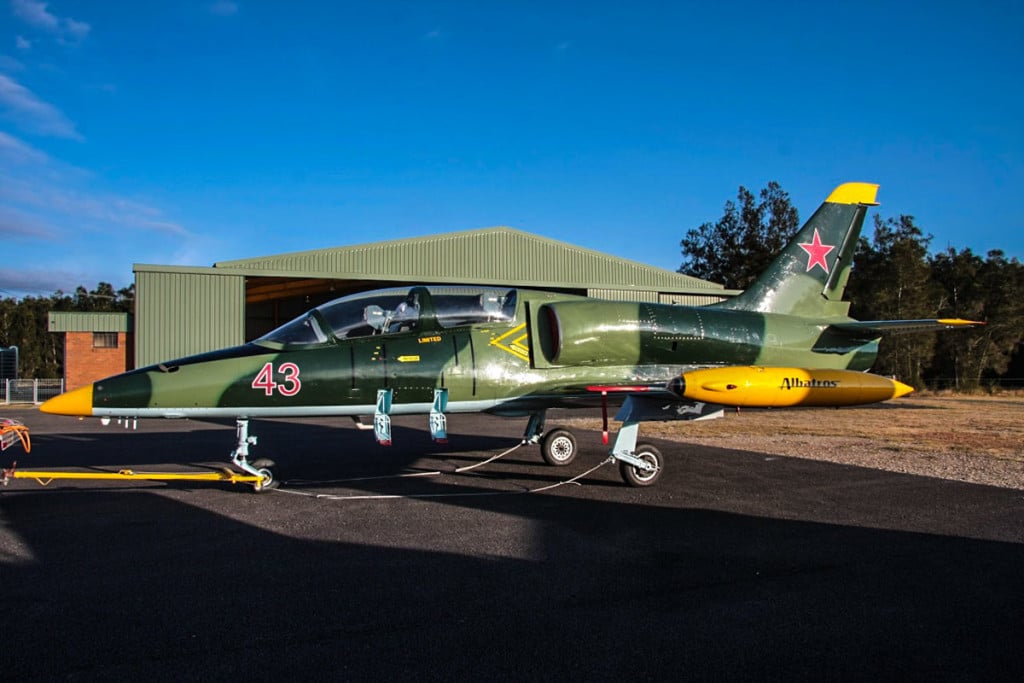