Performing Low Level Intercepts at Night in the Mirage 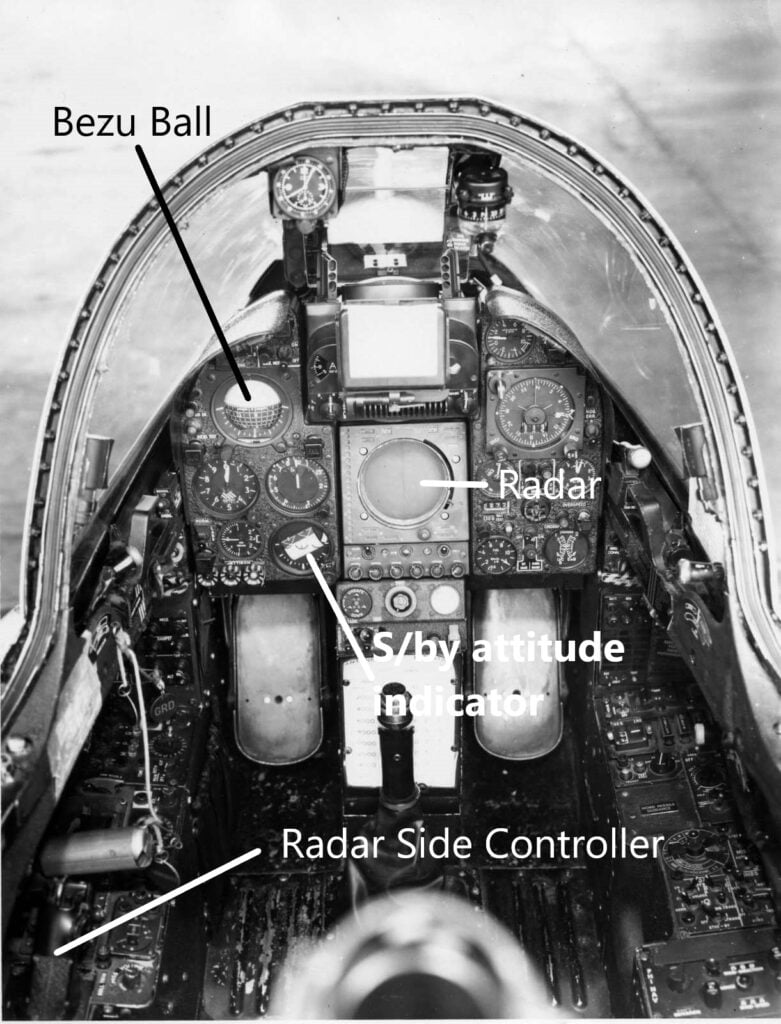 As part of the continuous training and currency requirements of fighter aircraft there are many and varied missions that need to be practiced in order to remain an effective fighter pilot.  With the Mirage there were a number of missions that were very difficult to master and one was night low level intercepts.  The Mirage instrumentation and cockpit lighting was a problem for pilots and there were some senior pilots who refused to fly at night in the aircraft because of this.  The main artificial horizon was an instrument that combined attitude information and magnetic heading in a spherical ball, it was called the Bezu Ball.

The Bezu Ball was for the most part quite reliable however, it had no failure warning indications so if it did fail, and it did sometimes, there was no way for the pilot to tell unless he was really adept at limited instrument panel flying.  There was a backup attitude indicator but if you were manoeuvering hard it was prone to giving false indications.  Part of your instrument scan when in ‘blind flying’ conditions required constant monitoring and cross referencing both instruments.  So just flying around at night could be challenging but when you combined difficult operational tasks as well the workload could be almost overwhelming.  The Mirage was a very high performance aircraft (naturally) and it could easily and quickly get away from you if you weren’t paying attention resulting in what pilots called unusual (uncommanded) attitudes that could require a lot of altitude to recover from.  At low level there was no room for mistakes, particularly at night.

Low level intercepts in the Mirage were conducted over the sea with the target aircraft, in this case another Mirage, flying below 1000 feet, with the fighter staying above 2000 feet until radar contact.  A side note here, this is not permitted these days, you must stay above the area safety height which depending on your position could be above 3000 feet but never below 1500 feet.  The target aircraft would be around fifty nautical miles away from the fighter aircraft and they would run at each other on reciprocal headings.  The fighter would manoeuvre to achieve an offset distance so that he could turn in behind the target aircraft to gain a missile solution and shot.  The Mirage did not have forward (of the target) firing weapons, they did not come into service until the Hornet.  At low level, over the sea, the Mirage radar suffered from clutter or false returns from the sea surface.  This was quite extreme over land as well.  In order to combat this and find the target on radar you had to bounce the radar signal ahead of the target, prior to turning for the attack and behind the target on attack heading in order to have the target appear on your radar.  The radar had to be constantly manipulated to achieve this using a side stick control on the left console of the cockpit.  This control must have been designed by a person on drugs because it’s operation was illogical and required a lot of practice to get on top of.

On one particular mission, while I was a member of 77 Squadron, I was programmed to fly with a famous RAAF fighter pilot by the name of Dave Halloran whose nickname was ‘Hooligan’.  Despite his nickname Dave was an exceptional fighter pilot and a great mentor to we junior pilots in the Squadron.  For this particular mission Dave was to be the target and he would also monitor my progress and advise me of any thing I could do to improve my techniques.  The first intercept went reasonably well with no comments from Dave but I was working very hard to keep in front of the aircraft.  The second intercept was not going well at all and I couldn’t for the life of me find Dave on the radar despite using all the correct techniques when suddenly over the radar Dave called “Fox 2” (which is code for a missile shot on me).  Dave had manoeuvered around behind me while I was trying to get behind him, “DAMN”.  I was angry with myself for not picking up his evasion manoeuvres.  The next intercept was going quite well until I was almost behind Dave when suddenly I saw the afterburner (A/B) light up on Dave’s aircraft and watched him climb abruptly and turn left whereupon the A/B went out.  I attempted to follow him but lost sight of him when there was another “Fox 2” called on me.  He had turned right after the A/B was deselected and came around behind me again.  I was seething now an determined to get my own back somehow.  On the next intercept he lit the A/B just as I went into the turn to attack and again he climbed and turned left, I did the same but after I deselected A/B I turned right and caught a glimpse of him in the right turn.  He clearly saw me and lit the A/B once again and went into another turn before again deselecting A/B and this went on until we were out of fuel but he never got another shot on me that night.  After landing I was drained, a check of the ‘G’ meter showed that I had pulled the maximum ‘G’ for the aircraft 6.7 G.  The expected ‘G’ for this mission was around 3 ‘G’.  What was supposed to be an intercept mission turned out to be a low level dogfight at night and all below 5000 feet which nowadays is the lowest level you can go to in a dogfight, this altitude is called the ‘hard deck’.

I was interested to hear what Dave would have to say about all of this in the debrief and to my surprise he was very happy with how I went, noting that I was determined to not fall for the same ruse each time.  He also pointed out that to do what I had done required above average instrument flying skills. This had a marked affect on my confidence to fly the Mirage at night and complete difficult operational tasks at the same time.  I am really grateful to Dave Halloran for the mentoring he provided to myself and the other junior pilots in 77 Squadron, thanks to him I became a good dogfighter and a better skilled fighter pilot all round.  Onya Hooligan! 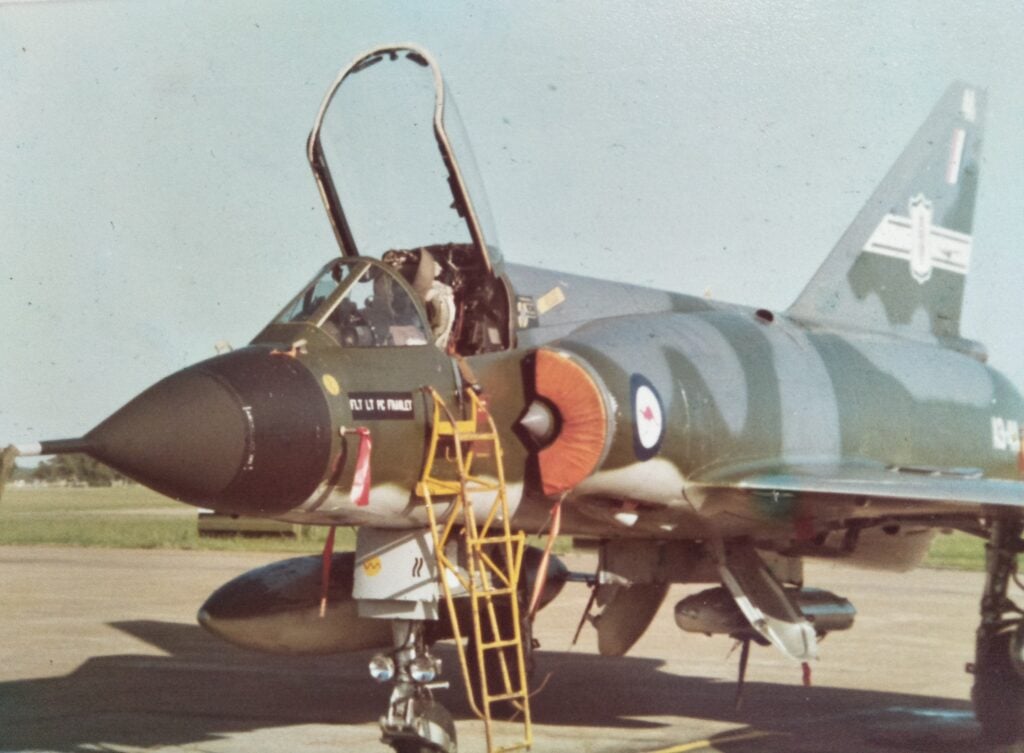