I am proud to say that I have only ever damaged an aircraft once that was my fault, although I have been guilty of some other silly mistakes during my career.  So what did I do?  I was in 77 Squadron at the time and one of the Squadron luminaries decided that we should attempt supersonic intercepts against a supersonic target which seemed a reasonable and likely scenario at the time.  The basic methodology was to attack from head on, dive below the target at a considerable distance pull up from underneath into a half loop (Immelman) and roll out behind the target,shoot, then perform a half roll and pull through (split ‘S’) as an egress manoeuvre.  Oh and let’s do it at night.

Night flying in the Mirage was a difficult and, at times, scary undertaking.  The instrumentation was not well organised and the instrument lighting was prone to causing disorientation.  To explain, the instrument lighting consisted of a mixture of ultra violet and infra red illumination and it was difficult to read a lot of the instruments and impossible to read others.  A retractable ‘wander light’ was available on the right cockpit wall which was used a lot to confirm instrument readings.  This is not especially helpful in a supersonic jet aircraft when you are trying to complete difficult tasks.  There were pilots flying the Mirage who flatly refused to fly at night possibly because of bad experiences in their early days of flying.

On the night that I and others were programmed to fly this daunting mission the weather was also bad with a Southerly stream system causing rain, low visibility and cloud all the way up through to about 40,000ft.  I was very apprehensive about my ability to complete the mission successfully and safely however, I was determined to give it a good go.  As it turned out I actually achieved two successful intercepts although I must admit they were a bit ‘ropey’ in execution.  I had been concentrating extremely hard for about an hour and I was somewhat fatigued as I turned the jet for home to battle the weather.  I conducted a “Ground Controlled Approach” or GCA to runway 12 at Williamtown expecting to get visual with the runway at the last possible moment.

The mission called for a touch and go followed by a second approach which I was not keen to do but I was intent on doing anyway.  To my surprise I became visual with the runway at about 900ft and three nautical miles from the runway at which point I was so relieved that I lapsed into a relaxed attitude to the approach.  I failed to notice that the aircraft was slowing considerably and dangerously and the angle of attack was also getting close to the limit for the approach. Normally the approach is flown at around 200kts (370km/hr) for a landing speed of 180kts (333km/hr).

I haven’t the faintest idea of what speed I was doing when I struck the runway with an almighty crunch, the force of which caused my face to strike the control column,luckily I had my clear visor down and it took the brunt of the impact.  I had programmed myself to complete a touch and go and again I was lucky in deciding that I’d had enough for the night and proceeded to pull the aircraft up and taxi back to the lines.

As I shut the aircraft down the troop seeing me in jumped up on the ladder and yelled at me “what the f..k have you done to the jet!”.  I climbed out and went to the rear of the aircraft to see a rooster tail of fuel still squirting from the ruptured and crushed rear underside fuel tank.  The afterburner flaps had been bent back inside the engine and the bottom fins of the external wing tanks had been ground off by about 10cm.  I was devastated I couldn’t believe that I had done so much damage to the aircraft.

The news wasn’t yet complete because as I reported to my Executive Officer, one Squadron Leader Mike Tardent, I was informed that Air Traffic Control reported that I had also landed short of the runway with a shower of sparks and damaged the retracted arrestor barrier.  The Air Traffic Controller in the tower who witnessed the landing actually thought I had crashed.  So a valuable lesson was learnt, you can’t relax in an aircraft until you have shut it down and you are about to climb out. 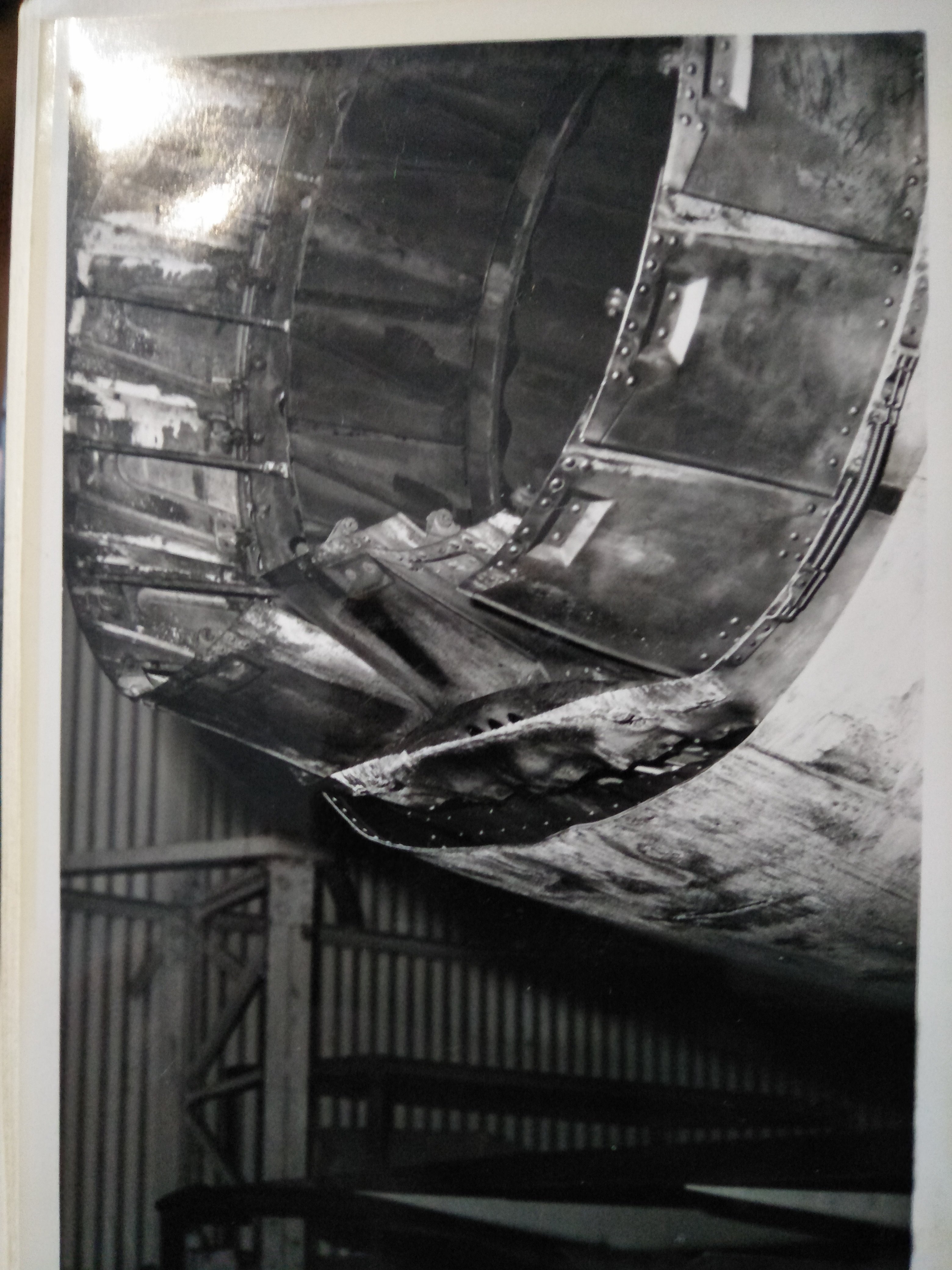 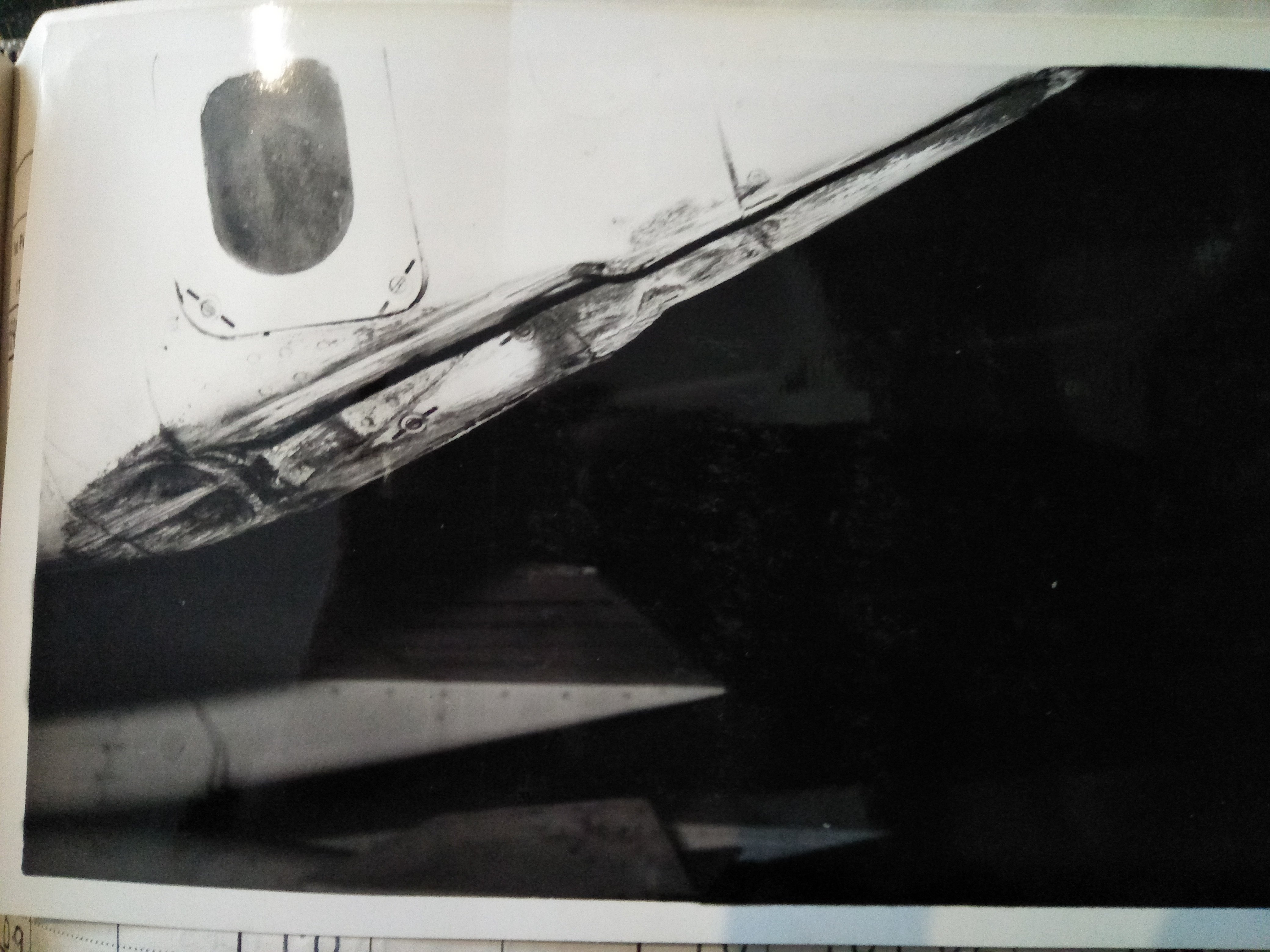