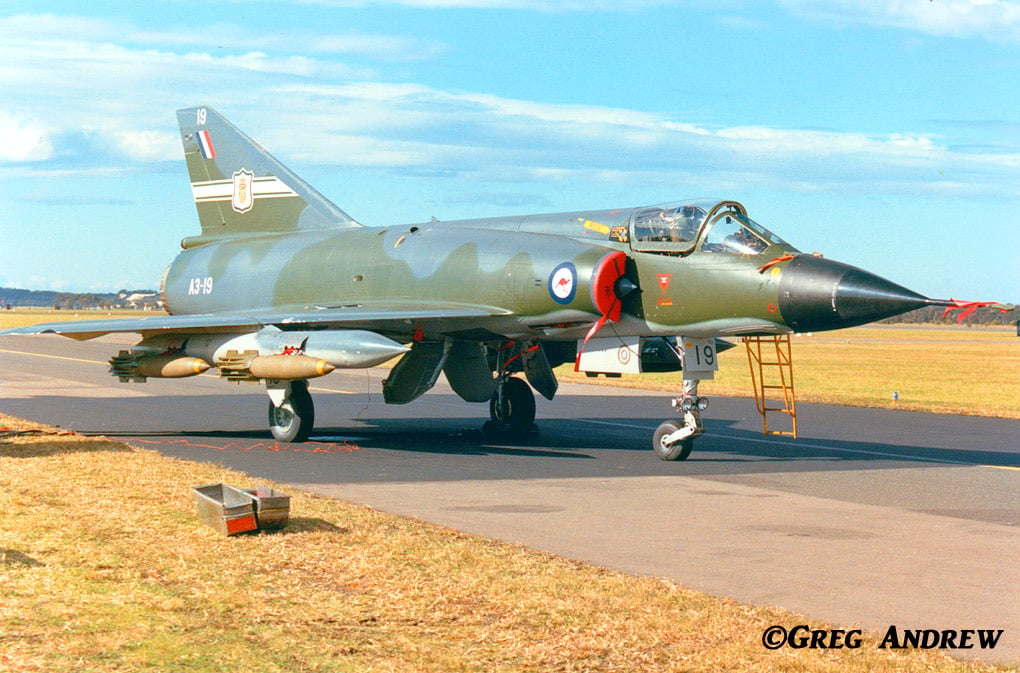 During my time at 77 Squadron, flying the Mirage, we spent time at the bare base Learmonth on Australia’s North West coast.  This was a very good detachment with excellent flying to be had.  On one such detachment the Squadron ran a bombing program with a gradual build up to quite complex operational style missions that involved low level high speed ingress and egress into and out of the target area.  One of the missions had the aircraft fitted with the dreaded RPK-10 external fuel tank and bomb carrier.  Even though I had flown with these tanks before I hadn’t dropped bombs from them.  The bombing range South of Learmonth was huge and extended all the way to the coastline.

My mission lead was Dave Pietsch, a famous fighter pilot in the RAAF and a legendary operator.  The mission brief was extensive, covering most aspects of the execution of how we would complete the task.  The briefed attack was to be a 30 degree pull up from a predetermined distance followed by a roll to inverted and pull to 45 degrees nose down attack dive.  Release parameters were briefed and I questioned how to identify the target from the 8,000 feet release height.  The answer given was that since we were dropping four 500 pound Mark 82 high explosive bombs I could drop on leads bombs that would have impacted as I rolled out on attack heading.  For me this was a great relief because any responsibility for the impact position of the weapons lay with Dave Pietsch.

The mission was difficult and I worked hard to meet Dave’s expectations concentrating on every detail and ensuring that I flew in the correct formation and adhered to my split sequence and timing as accurately as I possibly could.  Into the attack sequence I double checked that all my switches were set to Salvo off the four big bombs.  I was very pleased with myself as I executed the 4 ‘G’ pull up and roll to inverted sighting lead’s bomb impacts which by this time had turned into a massive dust cloud. I carefully aimed for the centre of the cloud and waited for the release height.  At release height all I had to do was press and hold the bomb release button and it would be done.

As I pressed the bomb release I was startled by two large ‘bangs’ from either side of the aircraft.  I instinctively pulled out of the dive and at the same time I realised it was just the sound of the bomb ejectors going off on the side of the empty fuel tanks which amplified the sound.  I then committed a very bad error and repressed the bomb release button releasing the two remaining bombs. Unfortunately at this time I was almost in level flight and doing about 600 knots (1100 Km/Hr) and heading West towards the coast.  I didn’t sight the impacts but I informed the Range Safety Officer (RSO) of my mistake.

I can only imagine what Poor old Dave Pietsch was thinking as we egressed out of the target area and headed back to Learmonth.  The debrief was quite frank and honest and my shortcomings were well explained to me.  I subsequently had a ‘chat’ with the Commanding Officer (CO) and the Executive Officer (XO) of the Squadron who listened to my explanation about not being told that the RPK-10s made a loud bang when they ejected the bombs.  The CO then decided that we would wait for the RSOs report on where the bombs impacted before embarking on a plan of action (punishment).

The nervous wait ended when the RSO reported that evening that the bombs had impacted within the confines of the bombing range approximately three miles from the intended target and 50 meters from the coastline, although there was evidence of shrapnel damage to a four wheel drive track right on the edge of the beach.  The CO and XO were relieved that a report to higher authority was not required and the fact that I was the laughing stock of the whole Squadron including the maintenance guys was punishment enough.  I was now infamous for having almost missed Australia while dropping bombs.